High-rate biological processes are characterized by relatively small reactor volumes and high concentrations of microorganisms compared with low rate processes. Consequently, the growth rate of new organisms is much greater in high-rate systems because of the well controlled environment. The microorganisms must be separated from the treated wastewater by sedimentation to produce clarified secondary effluent. The sedimentation tanks used in secondary treatment, often referred to as secondary clarifiers, operate in the same basic manner as the primary clarifiers described previously. The biological solids removed during secondary sedimentation, called secondary or biological sludge, are normally combined with primary sludge for sludge processing.

In the activated sludge process, the dispersed-growth reactor is an aeration tank or basin containing a suspension of the wastewater and microorganisms, the mixed liquor. The contents of the aeration tank are mixed vigorously by aeration devices which also supply oxygen to the biological suspension . Aeration devices commonly used include submerged diffusers that release compressed air and mechanical surface aerators that introduce air by agitating the liquid surface. Hydraulic retention time in the aeration tanks usually ranges from 3 to 8 hours but can be higher with high BOD5 wastewaters. Following the aeration step, the microorganisms are separated from the liquid by sedimentation and the clarified liquid is secondary effluent. A portion of the biological sludge is recycled to the aeration basin to maintain a high mixed-liquor suspended solids (MLSS) level. The remainder is removed from the process and sent to sludge processing to maintain a relatively constant concentration of microorganisms in the system. Several variations of the basic activated sludge process, such as extended aeration and oxidation ditches, are in common use, but the principles are similar.

A trickling filter or biofilter consists of a basin or tower filled with support media such as stones, plastic shapes, or wooden slats. Wastewater is applied intermittently, or sometimes continuously, over the media. Microorganisms become attached to the media and form a biological layer or fixed film. Organic matter in the wastewater diffuses into the film, where it is metabolized. Oxygen is normally supplied to the film by the natural flow of air either up or down through the media, depending on the relative temperatures of the wastewater and ambient air. Forced air can also be supplied by blowers but this is rarely necessary. The thickness of the biofilm increases as new organisms grow. Periodically, portions of the film ‘slough off the media. The sloughed material is separated from the liquid in a secondary clarifier and discharged to sludge processing. Clarified liquid from the secondary clarifier is the secondary effluent and a portion is often recycled to the biofilter to improve hydraulic distribution of the wastewater over the filter.

Rotating biological contactors (RBCs) are fixed-film reactors similar to biofilters in that organisms are attached to support media. In the case of the RBC, the support media are slowly rotating discs that are partially submerged in flowing wastewater in the reactor. Oxygen is supplied to the attached biofilm from the air when the film is out of the water and from the liquid when submerged, since oxygen is transferred to the wastewater by surface turbulence created by the discs’ rotation. Sloughed pieces of biofilm are removed in the same manner described for biofilters.

High-rate biological treatment processes, in combination with primary sedimentation, typically remove 85 % of the BOD5 and SS originally present in the raw wastewater and some of the heavy metals. Activated sludge generally produces an effluent of slightly higher quality, in terms of these constituents, than biofilters or RBCs. When coupled with a disinfection step, these processes can provide substantial but not complete removal of bacteria and virus. However, they remove very little phosphorus, nitrogen, non-biodegradable organics, or dissolved minerals. Data on effluent quality from selected secondary treatment plants in California are presented in Table 13. 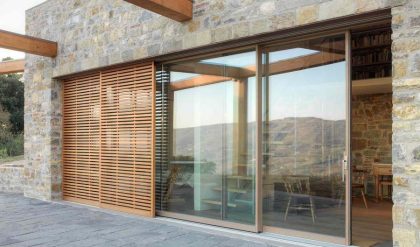 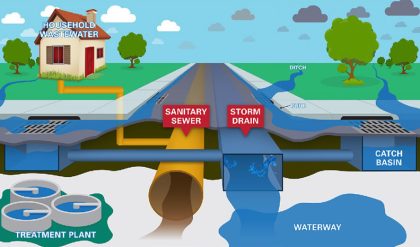